If you’ve ever wondered what the One Direction members not involved in dressing as pirates or publically snogging Taylor Swift get up to at New Year you are in for a treat as it seems to involve Louis Tomlinson throwing a houseparty and letting Niall Horan loose with sparklers. 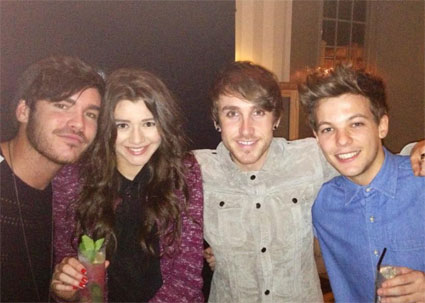 While this may sound like a potential health and saftey hazard, we are never ones to turn down the chance for a snoop inside a 1D member’s house and luckily plenty of snaps from the shindig seem to have appeared online.

As surprising as it is that Louis didn’t force his guests to arrive wearing masks of his face, it still looks like they had a pretty good time and there was an all star guest list.

By which we mean that Kye Sones and not-quite X Factor Finalist Adam Burridge were there, but whatever. 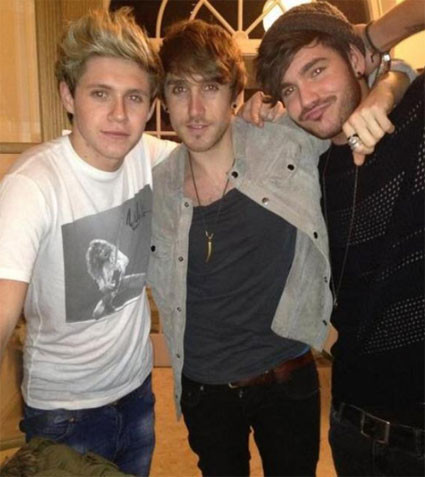 The night appears to have ended up being a fairly messy one with Adam tweeting the morning after saying: “@Louis_Tomlinson @EleanorJCalder @Kyesones1 All I remember from last night is me and Stan eating Vodka Cereal #hanging” [sic]

Well that’s definitely one way to multi-task your way through the early morning routine.

Kye seems to think Liam was there too, but as far as we can tell that may just have been the lifesize cut out that presumably takes pride of place in Luigi’s lounge. 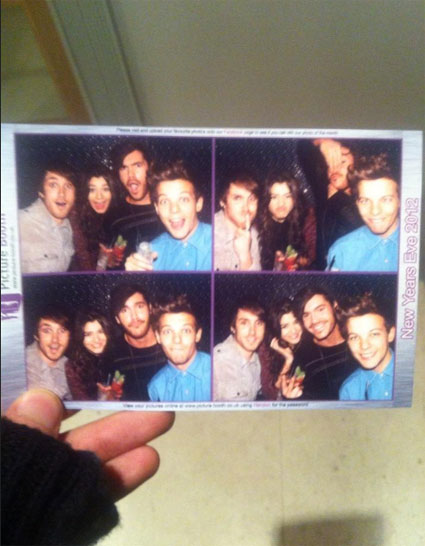 While the activities on offer at the do seem to have involved taking lots of selfies and pulling faces in a photo booth, our favourite snap involves Nialler.

We’d imagine he might have had a shandy or two by this point and clearly giddy on the excitement of a brand new year, performed a little dance with the aid of a sparkler in the garden.

Top marks to whoever captured this facial expression for us all to enjoy. 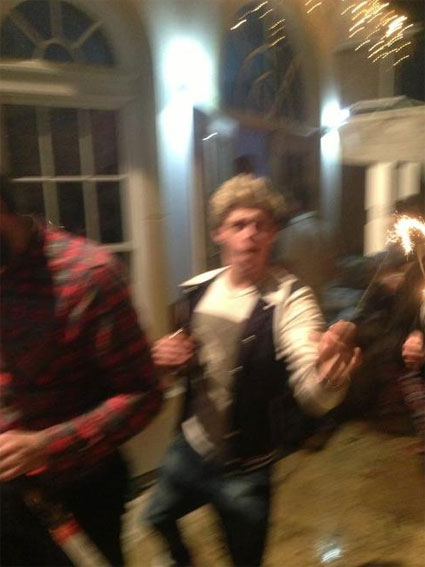